Super-additive for some, games teaches you how to be super focused at the same time.

Better yet when you’re earning as you play, isn’t it?

Whether it’s sitting in the train during a commute or waiting for your friend to arrive at a café, games can be a perfect stress-buster helping your brain to perfectly cope up with the surrounding chaos in an engrossing and entertaining way. Believe it or not, from shooting zombies to scoring touchdowns, or completing missions with friends online, video games online provide a surreal escape from the reality from the everyday hustle and bustle.

According to dollarsprout, in 2017, real money earning games helped highest earning gamer pocket $2,436,772.40. It is also reported that Nearly 73% of people ages 4 to 20 own at least one video game console. It is not a less known surprise that long gone are the days when only console video games grew in popularity. It’s the generation of millennials getting an invitation from Grandma to play Candy Crush. Nowadays all the wannabe game developers spend a lot of money and endless amounts of time all in search of the next great gaming experience.

Is it possible to get real-time money while playing games?

It is an agreeable fact that considering gaming as a way to earn money so as to completely replace your full-time job can be really costly. From paying for reliable gaming gear or business startup costs, switching to a full-time gaming profession can possess a real big-time risk. In fact, people can earn anywhere from $500 to $1,500 per month simply by playing real money earning games in their free time.

Different genres of money-making games include

Here is the List of Top 10 money earning games in India: 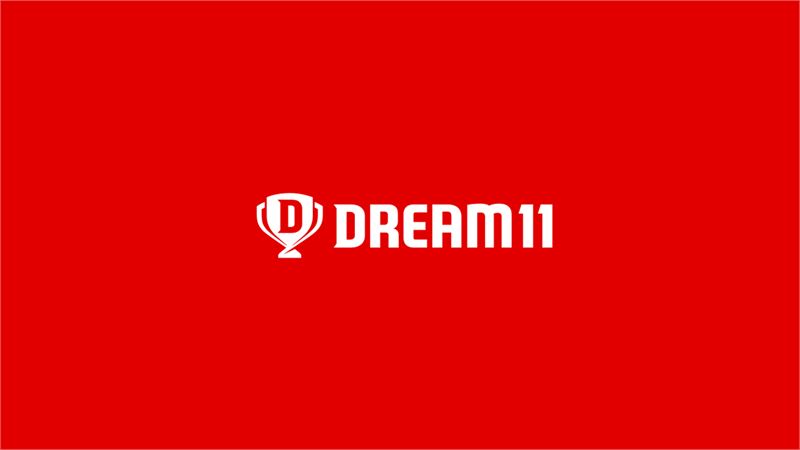 Dream11 is an eSports gaming platform that allows football fans to play fantasy football with a minimum of Rs. 100. It is offered by FANTASY SPORTS INFO and currently has 10,000+ installs.

Dream11 comes with a flexibility to choose players—forwards, defenders, mid-fielders, and a goalkeeper so as to form a team. It also allows to pick a captain and vice-captain and choosing them wisely will increase your overall score. It has Big prize pool and small prize pool kind of contests and the player can follow the live match and monitor the players’ performance in the game.

The players need to be keen on the knowledge of domestic players. The inexperienced player can start with a smaller budget before playing in the big leagues.

MPL is offered by digital track and has nearly 45 Million+ installs. It is an incredible contest and also one of the India’s Largest Mobile gaming  Platform in India

It is the latest trivia game which offers many games  such as Bloxmash, Carrom, Chess, Rummy, Chess, Fantasy Sports, Quiz, Rogue Heist, Poker, Carrom, Fruit Chop, and more. MPL is the complete package of Entertainment, lots of prizes and Knowledge. In fact, the application lets you browse through more than 60 games on your Android device. The interface divides the games into different categories, such as action, sports, adventure, fantasy sports, etc

Ace2Three which has more than 8 million players is offered by Head Infotech India Pvt has about 5,000,000+ installs and is rated 3.8 on the play store.

It is a popular variant of card games and has a world-class interface that allows all Rummy lovers to play Rummy card games for Free and Cash both. One can choose among 2 or 6 player tables, joker or no joker variations and each game last for one deal only where the winner gets the chips from the other players depending on the count and entry value. It offers free rummy tournaments and a Multi-Table Tournament where many players can compete against each other.

Rummy Circle is a 13-card game and is the largest online rummy game in India that is offered by Ultimate-Games. The fact that more than 10 million people trust the game as a source to earn money during free time is inclusive of the growing popularity of the game.

It is a part of Play Games 24×7 and the best part is that the biggest prize pool reaches a whopping Rs. 4 crores. One can download the app for free and register to play right away with a minimum of Rs. 25. Its user-base comprises of 5 Million users with a rating of 4.5/5 and approximately 1,98,272 total votes and 10,000,000+ installs

My11Circle is a eSports fantasy cricket game played by approximately 13 million people. It has a total rating of 3.9/5 and is upvoted by 641 users with 100,000+ installs. In this game, the user can make a team of 11 members by selecting from a pool of 25 or 30 players. The performance of the 11 players gets you points as the live match begins which your final score gives you a ranking.

It is offered by Tech Makhni and one can start playing with a minimum of Rs. 25. The wining amount depends on the tournament, which includes domestic and international and the contest. It allows you to form and manage a team including your very own team of bowlers, batsmen, all-rounders, and wicketkeeper and join a contest that suits your budget.

8 Ball Pool has around 500,000,000+ installs and is offered by Miniclip.com. It has 4.5 ratings on the play store. It is the biggest multiplayer pool game. In this game, the players can set their shot power by clicking the left mouse button, then dragging the pool cue away from the direction you’re aiming.

8 Ball Pool comes in 1-on-1 matches, and also allows entering multiplayer tournaments for the billiards crown. Players can Grab their pool cue and see how many shots they can make before time runs out. The players get a time bonus for every time they pot a ball. A new rack of balls is given on reaching down to the last ball. The mouse to aim the pool cue at the ball you want to pot.

Loco has around 10,000,000+ installs and is offered by Pocket Aces Pictures Private Limited. It has 4.1 ratings on the play store. It was started in November 2017 by the former marketing lead at ed-tech startup Unacademy. The best part is that multiple people are playing the game simultaneously, and the prize money of Rs 12,500 gets shared among the winners.

Loco invites users to play a quiz in real-time wherein the quiz takes place twice (1:30 pm and 10 pm) on weekdays, and once (10 pm) on weekends. It comprises of a charismatic host that asks users 10 multiple choice questions, offers them ‘lives’ to come back into the game if they are eliminated, and rewards them with cash prizes that are credited in their Paytm accounts.

Pokerbaazi is India’s number one online poker site that is offered by Baazi Networks Private Limited. It has ratings 2.7/5 on the Apple play store. It offers cash games and tournament poker formats of no-limit hold them and pot-limit Omaha. Cash games are available in six-max and nine-handed formats, while tournaments are available in a wide range of buy-in levels.

RozDhan is an Indian app which has got more than 10 million downloads at the Play Store and is loved by its users.This is basically a money making app for those people who basicaly want to earn without doing so much .There are simple steps which you need to follow to earn money Such as :Inviting Friends, Loging In/ Check In, Read Artivles, Push Notification, Sharing the app. This App provides you with lots of opportunities to actually earn money in the form of coins. In this app 250 coins is equal to 1 rupee, so you need to earn as much coin as you can to reach the withdrawal limit of Rs.200.

Paytm First Games has around 1,000,000+ installs and is offered by GamePind. It has 3.7 ratings on the play store. It is the ultimate destination for game lovers who also like to endorse in contests, trivia & everything entertainment. Their interface is easy.

It features a huge collection of games like Tic Tac Toe, Jumps, Ludo to name a few. Its Casual Games section comprises Cut the Rope, Badland, Tom & Jerry Mouse Maze to name a few. It has a total of 300 games. It is noteworthy that some of the prizes that are valued more than Rs. 10, 000 are subjected to Income tax rules. The best part is that any virtual coins, cash, gold, gems and diamonds, points, etc. that you earn cannot be converted into real cash.

Above is the list of 10 most common money earning games that one can get engrossed and earn at the same time.